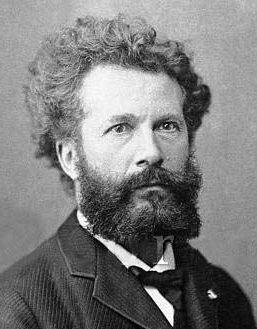 From a modest family background, this science populariser spent his entire life sharing his passion for studying and observing natural phenomena with his fellow citizens from all walks of life. In 1858, he joined the Calculations Office of the Paris Observatory, drawn by the prospect of discovering the wonders of the sky. However, at the time this prestigious establishment dealt only with celestial mechanics and not at all with astrophysics. Disappointed, Flammarion left in 1852 at the time when his first work, The Plurality of the Inhabited Worlds (La Pluralité des Mondes Habités), was being published. Henceforth, he became known for his books and his conferences, collaborated with a great number of magazines and newspapers, both French and foreign, and actively participated in the great movement of scientific emancipation that took place in the second half of the 19th century. He regularly published works on astronomical instruction and studies, natural sciences, spiritualism, philosophical stories and tales – over fifty titles, of which the following are just a sample : Celestial Wonders – Les Merveilles Célestes (1865),  God in Nature – Dieu dans la Nature (1867), The Atmosphere – L’Atmosphère (1872), Lands of Heaven  – Les Terres du Ciel (1877),  Catalog of Double Stars – Catalogue des Étoiles Doubles (1878), Popular Astronomy – Astronomie Populaire (1879, his masterpiece), The Stars – Les Étoiles (1881), Air Travels – Voyages Aériens (1881), Starry Dreams – Rêves Étoilés (1888), Urania – Uranie (1889), Planet Mars – la Planète Mars (Vol. I 1882 – Vol. II 1909), The End of the World – La Fin du Monde (1894), Stella (1897), Unknown Natural Forces – Les Forces Naturelles Inconnues (1907), Memories of an Astronomer – Mémoires d’un Astronome (1911), Death and its Mystery – La Mort et son Mystère (3 vol. 1920/1922).

In 1866, he set up a small observatory in Paris from where he set out to observe the stars and the planets. In 1882, one of his admirers offered him a beautiful mansion and a park at Juvisy-sur-Orge, about 20 km south of Paris. Without wasting any time and actively supported by his spouse Sylvie Petiot, he built an astronomical observatory with its dome housing a 240 mm equatorial refractor telescope, a high performance instrument for that time. Talented astronomers such as Eugène Antoniadi and Ferdinand Quénisset used this facility to obtain magnificent results that helped build the Juvisy observatory’s great reputation in the scientific community. 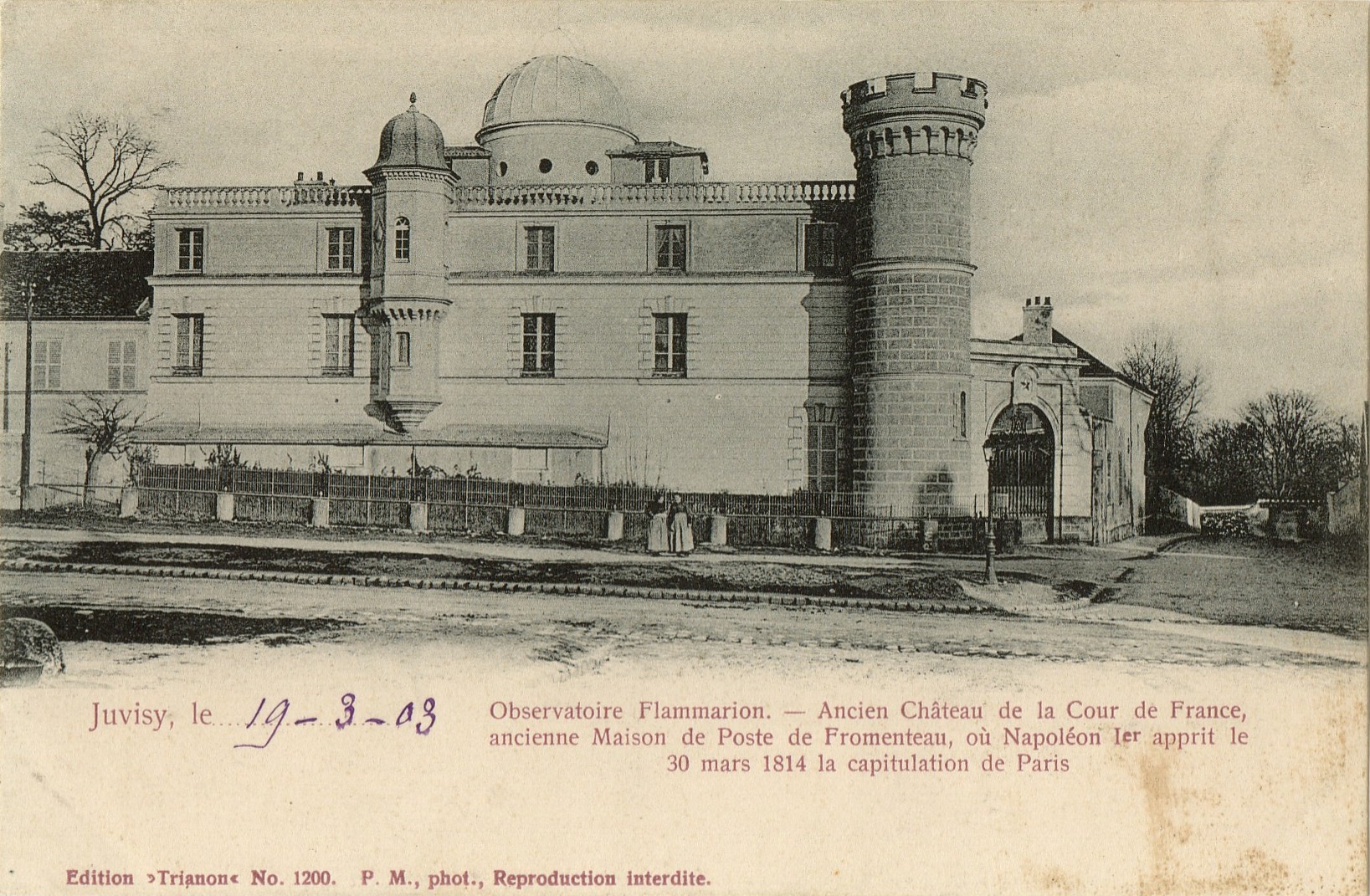 Flammarion did not forget amateur astronomers, whom he had inspired through his books. In 1882, he published the first issue of the monthly journal, l’Astronomie, for stargazers. Also, the Flammarion Astronomical Yearbook (Annuaire Astronomique Flammarion) became an indispensable guide for many generations of amateur astronomers, who were also able to obtain copies of his Great Celestial Atlas (Grand Atlas Céleste) containing more than 100 000 stars.

In 1887, Camille Flammarion brought together a group of science enthusiasts and founded the Société Astronomique de France, which soon acquired an observatory in the middle of the Latin Quarter in Paris that was open to the public. The journal l’Astronomie became the monthly bulletin of the association and was distributed across the five continents. Flammarion, after serving as the first president, remained secretary general until his death in 1925. Gabrielle Renaudot, his second spouse, took over and continued his work. Well into the 21st century, the Flammarion spirit – a subtle mixture of scientific rigor, selflessness, enthousiasm, and faith in the future – is still alive within the Société Astronomique de France.